How Poor Posture Impacts Your Health

How Does Being Hunched Over Impact Your Health?

Other than just poor appearance. Does having poor posture and being hunched over have a direct impact on your health? How about longevity? And what about health related quality of life?  Research has established an affirmative answer of yes! 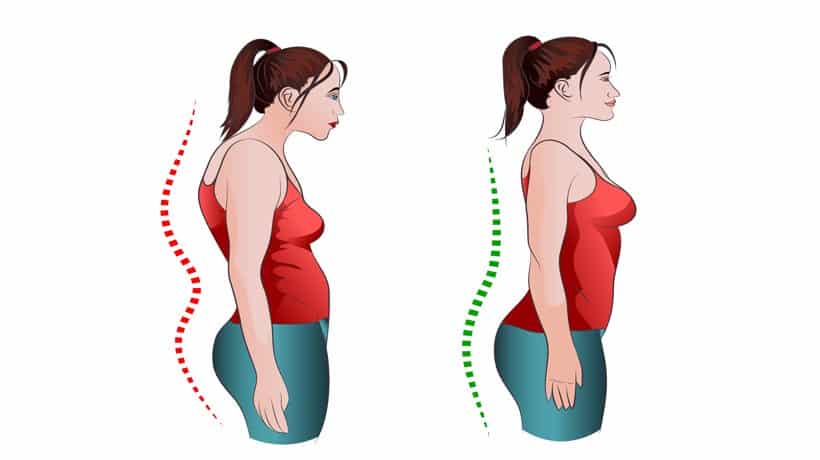 When we think of someone being hunched over we are typically talking about when someone slouches. This demonstrates rounding of the shoulders with an increase in the curve in the thoracic spine (mid-spine). Therefore there will be an associated forward head posture or anterior head translation. The increase in the curve of the thoracic spine in known as thoracic hyperkyphosis. Kyphosis refers to the natural curve of the thoracic spine. This typically measures 40-44° when measured from T1-T12.  Hyperkyphosis is when the curve is beyond normal levels. Thoracic hyperkyphosis can be result of several factors. These include: poor posture, compression fractures and a condition known Scheuermann’s Disease.

Scheuremann’s disease is a condition that develops during growth spurts during puberty. It more commonly effects boys than girls. However, the exact cause is unknown. However it appears to have a familial link. In Scheuremann’s disease, the anterior portion of the vertebrae grow slower than the posterior vertebra causing a wedge vertebrae. An individual having 3 consecutive wedge shaped vertebrae has Scheuermann’s disease. Non-surgical rehab methods can be used to treat Scheuremann’s disease. Such methods include Chiropractic Biophysics. However severe cases required custom bracing to hold the individual in a corrected position during growth. So curves over 80° may be candidates for surgery if conservative methods fail. 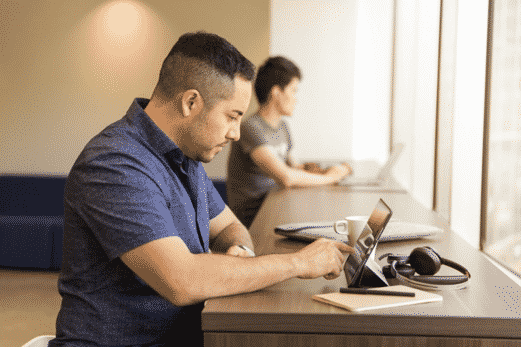 We live in a world of being chronically sedentary were the average individual spends hours each day sitting a desk hunching over a computer. Therefore everywhere you go you can find people hunched over looking down at tablets and smart phones. And begin sedentary and this behavior starts during childhood when children spend the majority of their days sitting, and likely, slouching in desk when their are bodies are growing and developing. Poor posture during growth can cause the spine to grow abnormally and may cause permanent damage. Symptoms of poor posture such back pain, neck pain and headaches may be present in childhood and adolescent. However these symptoms likely do not become more severe until adulthood when permanent damage may be present.

Hyperkyphosis in the Aging Population

The majority of research on kyperkyphosis is on the aging population. Women are at greater risk of health consequences related to hyperkyphosis. Women are more likely to develop compression fractures in the thoracic spine. There is also an increased prevalence after menopause with the onset of osteoporosis.  With decrease bone density, when one hunches over it increases stress on the anterior vertebrae. Therefore increasing the risk of compression fracture.

So how does Poor Posture impact health?

Hyperkyphosis has a prevalence of 20-40%. And it is more common in the geriatric population.  The cause is multi-factorial involving a combination of degenerative changes, vertebral body compression fractures, muscle weakness and altered biomechanics.  Adverse health consequences are associated with too much curve in your mid back. These include impaired physical function, pain and disability, impaired pulmonary function and increased mortality. A major predictor of loss of physical function was found to be hyperkyphosis. It is also a predictor of loss of independence in aging population.

This means when you look at people as they age, the more hunched over they are the greater their risk of losing their independence. This is due to loss of function. Hyperkyphosis is also associated with increased risk of fracture. This can happen from someone falling with this condition. Sit-to-stand is the length of time it takes for an individual to go from sitting, to standing and walking. The more hunched over someone is the longer it takes them to go from sitting to standing, to walking. The greater the sit-to-stand time the greater the likely of falling and fracturing a bone. Simply put: the more hunched and individual is the greater likelihood of that individual falling and sustaining a fracture. Being hyperkyphotic also increase the risk of compression fracture in osteoporotic individuals.

Bracing is gold standard for treatment in adolescents with progressive Scheuremann’s disease and severe hyperkyphosis. Curves greater than 80° may require surgery if non-surgical treatment options fail. Bracing is also a treatment option for adults with curves over 60°.  Chiropractic adjustments and physical therapy may help with smaller posture related curves. But for larger curves, more intensive specific treatments are needed. The anterior longitudinal ligament is a very thick ligament that runs along the anterior spinal column. In hyperkyphotic individuals this ligament decreases in length. That makes changing the kyphosis more difficult. A sustained load of a minimum 10 minutes is required. This is to make permanent elongation in this ligament.

Holding a corrective posture for a period of 10 minutes or more is difficult enough but impossible to do while simultaneously having muscle relaxation. Chiropractic BioPhysics (CBP®) is able to accomplish this by using mirror image traction which a unique type of traction that holds the patient in an over-corrected position while the patient is able to relax.  This type of traction allows for plastic deformation of the ligaments and permanent change. CBP® uses a combination of segmental adjustments to increase spine mobility, mirror image adjustments and exercises to retrain posture and increase muscle strength and endurance and traction to create permanent soft tissue deformation. CBP® has published recent research on the effectiveness of its methods in treating hyperkyphosis.

Dr. Chris Gubbels at Square One is a Fort Collins Chiropractor that specializes in non-surgical spine correction and rehabilitation with a specialization in spine deformities and scoliosis treatments in Fort Collins. To learn more visit www.squareonehealth.com.